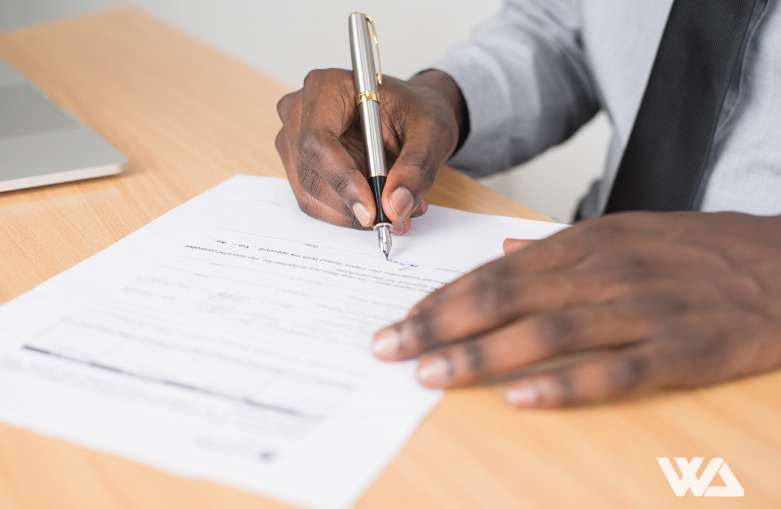 Billy Collins, an American Poet once said that: “The pen is an instrument of discovery rather than just a recording implement. If you write a letter of resignation or something with an agenda, you’re simply using a pen to record what you have thought out.” Indeed, in a workplace, an employer may be faced with circumstances that may lead him/her to pen a resignation. Such resignation may be voluntary or involuntary.

The Black’s Law Dictionary (9th Edition) defines constructive dismissal as:
“A termination of employment brought about by the Respondent making the employee’s working conditions so intolerable that the employee feels compelled to leave.”

Constructive termination is now a concept now appreciated and applied by the Employment and Labour Relations Court as it occurs within employment and labor relations. Constructive dismissal, also called Constructive discharge, occurs when employees resign because their employer’s behavior has become so intolerable or made life so difficult that the employee has no choice but to resign. Since the resignation was not truly voluntary, it is in effect a termination. For example, when an employer makes life extremely difficult for an employee to resign rather than outright firing the employee, the employer is trying to effect a constructive discharge.

In the case of Emmanuel Mutisya Solomon versus Agility Logistics, Cause No.1448 of 2011, the court held that the basics are that constructive dismissal may be defined as a situation in the workplace, which has been created by the employer, and which renders the continuation of the employment relationship intolerable for the employee to such an extent that the employee has no other option available but to resign.
In the case of Nathan Ogada Atiagaga vs. David Engineering Limited Cause No. 419 of 2014 the court held that:

The concept of constructive dismissal is underpinned on the notion that there is implied in a contract of employment a term that the employer will not, without reasonable and proper cause, conduct itself in a manner calculated or highly likely to destroy or seriously damage the relationship of confidence and trust between employer and employee. Breach of that implied term will entitle the employee to treat him or herself as wrongfully dismissed.

In the Australian case of Mohazbad versus Dick Smith Electronics [1995] IRCA 272, the Industrial Relations Court of Australia stated that an important feature is that the act of the employer results directly or consequentially in the termination of employment, and the employment relationship is not voluntarily left by the employee. That is, had the employer not taken the action it did, the employee would have remained in the employment relationship.
Therefore, constructive termination can be summarised as that in the absence of any justifiable reasons for dismissal, the employer proceeds to “construct” circumstances that will bring about a dismissal. the employer, without reasonable and proper cause, conducts itself in a manner calculated or likely to destroy it, or seriously damage the relationship of confidence and trust between employer and employee.

The burden of Proof in a Constructive dismissal case

As stated earlier, a situation at the workplace, that renders the continuation of employment for the Employee difficult, to the extent that the Employee has no option but to resign, amounts to constructive dismissal. Therefore, the burden of proof is on an employee.

In addition to the above, the Court of Appeal in Coca Cola East and Central Africa Limited vs Maria Ka-gai Ligaga[2015]eKLR, the Court found out that the Employee, who had serially been transferred from one country and region to another; who was never given an opportunity to settle down by her Employer and make career progression; and who resigned involuntarily, to have been constructively dismissed. It had the following to say about the burden of proof and the criterion for constructive dismissal of an employee:
“The criterion to determine if constructive dismissal has taken place is a repudiatory breach of contract through the conduct of the employer. The burden of proof lies with the employee. The employer’s conduct must be such as when viewed objectively, it amounts to a repudiatory and fundamental breach of the contract obligations.”

Therefore, in a constructive dismissal case, the employee initiates termination, believing himself, to have been fired. The Employer is deemed to no longer be interested in honoring the terms of the contract of employment. The Employee must therefore demonstrate that the Employer has engaged in repudiatory breach and Court must be persuaded that the Employee has reason to resign. Employer’s actions need not be coercive, threatening, or in the nature of duress.

Communication of the withdrawal of the resignation notice
It should be noted a withdrawal of the notice of resignation should be communicated to the employer, as soon as possible. Where an employee makes the decision on the heat of the moment, and the situation is still retrievable, it has been held that it would be unreasonable for an Employee not to be allowed to recall his decision to resign.

The court is bound to interrogate  the circumstances leading to Resignation
Acceptance of resignation by the Employer does not bar the Employee from revoking his decision, where it can be shown the decision was made on the spur of the moment, and special circumstances exist. The Court should go beyond the mere acceptance at face value, that because resignation has been accepted, the contractual relationship has been severed.

Thus, the prior position held by the Courts that if the employee has resigned, with clear intention to do so, he is bound by his decision and more so where the employer has accepted his resignation; and that the Employee can only be accepted back in employment if his Employer consents to the Employee’s decision to withdraw resignation is no longer good law.

This was the earlier position of the Court as expounded in William Kariuki v. Kenya Civil Aviation [2008], to the effect that acceptance of resignation brings to an end the contract of employment. This case did not deal with aspects on the spur of the moment of resignation, made within the context of special circumstances. If the Employee has resigned, with clear intention to do so, he is bound by his decision, more so where the Employer has accepted the resignation. The decision above was based on the fact that a clear and unequivocal resignation, which has been accepted by the Employer deprives the Employee of locus penitential [right to withdraw an offer of resignation after it has been accepted].

However, as noted above, this is no longer good law. Hon. Rika in Edwin Beiti Kipchumba v National Bank of Kenya Limited [2018] eKLR noted inter-alia that:

“… disputes on resignation are highly fact-driven. The best approach is resolving such disputes, is to examine each case on its own facts. The test is whether a reasonable person, would have understood the Employee’s statements and actions, surrounding resignation, to show the Employee to have made a decision to clearly and unequivocally end the employment relationship.”

Does a letter of resignation constitute clear and unequivocal evidence, that the Employee has made a decision to end the employment relationship? In the Canadian Case [British Columbia] decision, Templeton v. RBC Dominion Securities, Inc. 2005, Carswell Nfld, 216 at paragraph 46, the Court had this to say about resignation letter and resignation decision:

The Court analyses the facts and found out that the employee resigned in the heat of the moment after considerable humiliation by his Manager. Further, that he was coerced by the Line Manager to resign to save face due to the fraud that had been perpetrated by Top Managers. In arriving at the decision that the Claimant was not constructively dismissed and that he had rescinded his resignation letter, the Court held:

“60. The facts in the present dispute do not persuade the Court that the Claimant was constructively dismissed. First, he disputes that he originated the decision to resign. He does not own the decision but attributes it to coercion, threats, other forms of duress, and promises for a fresh job, made by Acting Directors Koech and Alice. He does not say he resigned, because he believed himself to have been fired.  He suggests he was duped, or compelled by Koech and Alice into writing the resignation letter.

It should be noted that resigning in the heat of the moment may be due to coercion or duress. In Steve Mutua Munga v. Homegrown Kenya Limited & 2 Others [2013] e-KLR, the Court adopted the definition of the term coercion as given in Black’s Law Dictionary 8th Edition, to comprise compulsion by physical force or threat of physical force. Elements of coercion also include where a person acts out of fear or actual or threatened confinement. Where such resignation occurs and is rescinded immediately as stated in the foregoing case, such rescission vitiates the resignation letter and the employee will be deemed to be still in an employment relationship.

Where Courts find that an employer was constructive dismissed, it will award the said employee appropriate compensation under the Act. For instance, in Paul Chitechi Mwaro v Sasini Limited & another [2015] eKLR Radido found out that the resignation of the Claimant was not voluntary and therefore he was constructively dismissed. He proceeded to award him damages.
However, where an employer rescinds his resignation and is reinstated as was in the case of Edwin Beiti Kipchumba, then such an employee cannot sustain a claim for constructive dismissal for the reason that by rescinding such a decision, an employee can no longer sustain the argument that the employer was in repudiatory breach of the contract of employment.

Conclusion
An employee may withdraw a notice of resignation, where special circumstances exist, relating to the context in which resignation occurred. Such a withdrawal of the notice of resignation should be communicated to the employer, as soon as possible. Where an employee makes the decision in the heat of the moment, and the situation is still retrievable, it would be unreasonable for an Employee not to be allowed to recall his decision to resign. Timing of withdrawal is thus important, where resignation is made in the heat of the moment.