Redefining the Role of a Guarantor in Kenya, an overview of the Law of Contract (Amendment) Bill, 2019 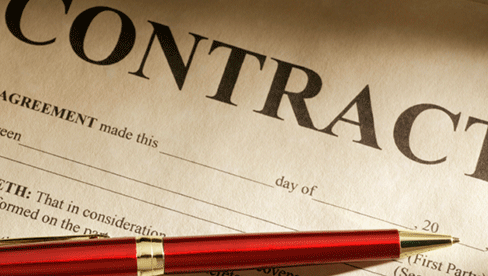 On 18th September 2018, The Law of Contract (Amendment) Bill 2019 was approved by Members of Parliament at a 3rd reading and now, the Bill now awaits the Presidential assent. The purpose of the Bill is to insulate Guarantor and/or Sureties by ensuring that Creditors exhaust all avenues of enforcing their security rights against a Principal Debtor before seeking to enforce their rights against a Guarantor/Surety.

Guarantors and Contracts of Guarantee

Under the Section 3(1) of the Principal Act, the guarantee must be in writing or there must be a memorandum of it in writing signed by the Guarantor. In most cases where financial institution give credit to companies, they will require that the Principal Borrower furnishes security inter-alia a Guarantee by the Directors of the Company. This is common among financial institutions who seek to protect themselves against loss on advances made to Principal Borrower.

In what will shape the financial landscape if the Bill is assented to by the President, Creditors will have to first realize the security of the Principal Debtor before instituting enforcement proceedings against the surety. The Sub-Section reads as follows:

The Bill if enacted into law, will be a draw-back to financial institutions and the law regarding guarantee in Kenya.

First, the law will redefine the role of guarantee in financial institutions to the long-held view that a Guarantor is liable to pay the debt once it has been called upon and the Creditor need not have to first have exhausted recovery means against the Principal Debtor before pursing the Guarantor. In Ebony Development Company Ltd vs Standard Chartered Bank Ltd (2008) eKLR, the High Court stated the following regarding the obligation of a guarantor:

“The obligation of a guarantor is clear. It (sic) becomes liable upon default by principal debt….It is not guarantor to see to it that the borrower complies with his contractual obligation but to pay on demand the guaranteed sum.”

Further, Halsbury’s Laws of England 4th Edition Vol 20 Pagaraph 194 puts the obligation of a Guarantor clearly and succinctly as follows:

“On the default of the principal debtor causing loss to the creditor, the guarantor is, apart from special stipulation, immediately liable to the full extent to his obligation, without being entitled to require either notice of the default or previous recourse against the principal….”

Secondly, though the Amendment seeks to amend the law of contract, there are other laws that impact on Guarantee that will not be affected by the proposed amendments, for instance Insolvency Act. Indeed, where a financial institution as given credit to a Company which is secured by a Guarantee and the Company fails to settle the debt, a Creditor can, as part of its recovery means institute bankruptcy proceedings against the Guarantor.

In most cases, the Guarantors have sought to declare the bankruptcy proceedings as pre-mature on the basis that the Creditor has not exhausted recovery mechanisms available to it in law against the Debtor. Such arguments were raised in the below matters but were all dismissed by the Courts as stated hereunder:

“There is no position barring the Creditor from proceeding with the Petition before exhausting the alternatives set out under Section 14 of the Insolvency Act. It is not mandatory for the Creditor to pursue the alternatives to bankruptcy set out under Section 14 of the Insolvency Act before bringing up a petition as the one before Court. A Creditor is free to choose from which Debtor and what method to use to recover the debt. The Debtor has no luxury nor right of choosing for the Creditor who amongst the Debtor, to pursue and failure to pursue all Debtors at once is not fatal to the Creditor’s petition”

“As a Secured Creditor with multiple remedies, the Creditor was entitled to elect which to enforce, at what time, in what order and in the way it chose. It opted to call in the guarantee and no payment has been made. The mere existence of a secured remedy against another party is not a substantial ground for refusing to allow a Creditor to pursue a remedy in bankruptcy against a Guarantor. The liability of a Guarantor is generally co-extensive with that of the Principal Debtor, not contingent on the security provided by the Principal Debtor proving to be inadequate.”

Fourth, arising from the foregoing, if the amendment is assented to, guarantee as means of security will likely not be considered as a means of security by Lenders. Such Lenders will likely to consider how to structure credit arrangements for instance, consider whether to adopt a co-debtor’s structure in which all related entities providing security will assume primary obligations.

Fifth, the Bill takes away from the parties the flexibility to agree that the security assures the Debtors Principal obligations and not merely secondary obligations as long-held by the Courts, and Common law.

Sixth, the Bill presents uncertainty on how some securities such as debentures issued by companies and corporates guarantees will be enforced.

In conclusion, it is our hope that the Bill is not assented to by the President as it will be a draw-back on the law regarding Guarantee.  Adoption of mechanisms that render guarantees as an inferior security by Lenders will impact negatively on SMEs and the economy generally. Lenders will thus most likely avoid Guarantee as a means of Security and co-opt and/or consider other forms of security.

If you have any query regarding the same, please do not hesitate to contact Charles Wamae or Caxstone Phelix Kigata. Note that this alert is meant for general information only and should not be relied upon without seeking specific subject matter legal advice. 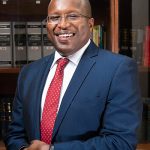