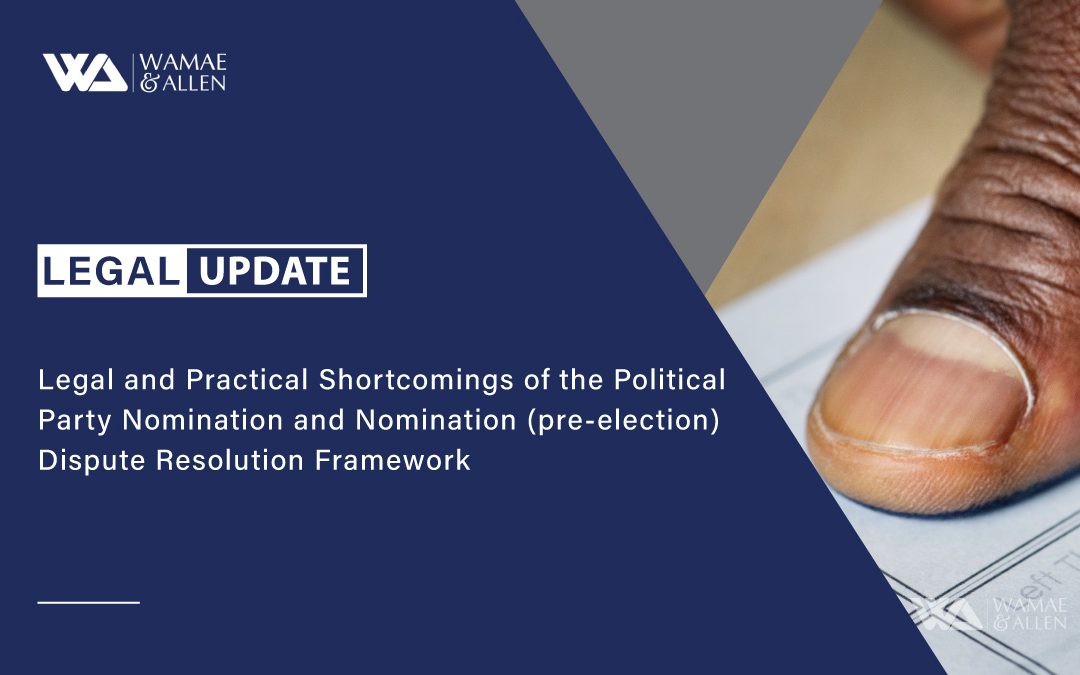 “Kenya’s history of electoral processes since the multiparty era have depicted highly contested, ‘do or die’ processes. While coming at the tail end of the electoral management process, dispute resolution plays a critical part in ensuring free and fair elections.” Justice David Majanja in Judiciary’s Quest for A Speedy and Just Electoral Dispute Resolution Mechanism: Lessons from Kenya’s 2013 Elections

Since the restoration of multi-party democracy in Kenya in 1991, elections have witnessed intra-party violence during the primaries for selecting seats candidates. Once Again, Kenya’s party primaries have generated domestic instability and international concern. The credibility of the nomination process was cast into doubt following incidents of bribery, violence, intimidation and harassment, destruction of voting material, disorganisation at tallying centres and attacks against marginalised groups, particularly women aspirants and the youth.

There continues to be a broader concern that political parties do not promote internal democracy, evidenced by the number of people who left their parties following disaffection with the party primary processes. This disaffection was also evident in the number of disputes that were handled by the political parties’ internal dispute resolution mechanisms. It is just a matter of time before the disputes reach the Political Parties Disputes Tribunal, the IEBC as well as the courts through trigger of the appeal process. This brings to the fore the need to have efficient and speedy mechanisms of resolving the resultant disputes.

There are 5 types of pre-election disputes:

This paper shall be confined to discussing the disputes between a member of a political party (the aspirant) and the political party, and disputes arising out of nomination of candidates to vie for an elective office.

Section 2 of the Political Parties Act defines “direct party nomination” as the process by which a political party, through its registered members, elects its candidates for an election. On the other hand, under Section 2 of the Elections Act, “nomination” means the submission to the IEBC of the name of a candidate in accordance with the Constitution and the Act. This means that after a successful aspirant is handed the party ticket, either by internal party polls, consensus or direct ticket, the next step is the submission of the person’s name to the IEBC.

Several disputes are thus likely to arise in the two processes since an aspirant may be aggrieved about the how the polls were conducted, or how the direct ticket was issued and finally whether or not IEBC clears the person to be on the ballot.

The legal framework for pre-election dispute resolution in Kenya is primarily set out in the Constitution, the Election Act, the Independent Electoral and Boundaries Commission Act, and the Political Parties Act.

Article 91 of the Constitution and Sections 6(2)(e) and 21(1)(b) of the Political Parties Act require that a political party undertakes and promotes a free and fair nomination process in accordance with the party’s nomination and election rules. Pre-election disputes can emerge from the alleged breach of the above-mentioned provisions both in regard to the internal processes within political parties and regard to the validity of nominations submitted to the IEBC.

B. The Political Parties Dispute Tribunal

The decisions of the Tribunal are not final as under Section 41(2), aggrieved parties have the option of appeal to the High Court on points of law and further appeals lay to the Court of Appeal and the Supreme Court. The Act however requires that, where matters are internal to a political party, that the Tribunal’s jurisdiction only crystallises once a party invoking the said jurisdiction shows that he/she had exhausted all internal dispute resolution mechanisms.

Article 88 of the Constitution establishes the Independent Electoral and Boundaries Commission and mandates the Commission to, inter alia, settle all electoral disputes excluding election petitions and disputes subsequent to the declaration of election results. IEBC has no power to resolve election petitions and disputes occurring after the declaration of the results of an election since those disputes are reserved for an election court.  This provision essentially grants the IEBC authority to deal with all pre-electoral disputes. These provisions are echoed in Section 74 of the Elections Act. Section 74(2) provides that such disputes must be determined within ten days of lodging the dispute with the Commission.

The Commission is also mandated to regulate the process of nomination of candidates by political parties pursuant to Article 88(4)(d) and to monitor the compliance with the legislation relating to nomination of candidates by parties as provided for by article 88(4)(k) of the Constitution. Further, Section 107(2) of the Elections Act empowers the Commission to prosecute any offences under the Elections Act and impose sanctions against a person who commits such offences as prescribed by the Act.

In regard to the High Court as an ‘election court’, the practice is that the High Court is designated as an election court by the Chief Justice before it hears election disputes. This is done when the Chief Justice gazettes, by name, the Judge or Magistrate who has authority to hear an Election Petition, as was held by Lesiit J in Mercy Kirito Mutegi v Beatrice Nkatha Nyaga & Another Meru High Court Election Petition 5 of 2013.

The jurisprudence emerging in regard to pre-election disputes is unclear at best and at worst contradictory. On one hand, the bulk of the jurisprudence leans towards divesting the High Court of any jurisprudence in relation to pre-election disputes, particularly nomination and eligibility challenges. Maina J in Charles Ong’ondo Were v Joseph Oyugi Magwanga & others, citing Ochieng J in Bernard Chege Mburu v Clement Kungu Waibara & 2 Others, held that the election court was not the right forum to adjudicate issues of eligibility as they were pre-election issues that, under section 74 of the Elections Act, should have been ventilated before the IEBC Dispute Resolution Committee.

In International Centre for Policy and Conflict and 5 others v The Hon. Attorney-General & 4 Others,  a five judge bench of the High Court (Mbogholi Msagha, L. Kimaru, H. A. Omondi , P. Nyamweya and G.K. Kimondo) held that the courts should exercise their jurisdiction under Article 165 with restraint giving opportunity to the relevant constitutional bodies or State organs to deal with disputes, hence not usurping their powers and compromising their institutional independence. In this case the court held:

“Where there exist sufficient and adequate mechanisms to deal with a specific issue or dispute by other designated constitutional organs, the jurisdiction of the court should not be invoked until such mechanisms have been exhausted…”

The challenge with this approach arises where the pre-election issues are not exhausted. For example, due to the weakness of political parties, lack of effective internal party dispute resolution mechanisms or limited time for party nomination processes, it could very well be that individuals are deprived of the opportunity to ventilate their issues before the body (IEBC or PPDT) tasked with addressing their respective pre-election dispute. Was it the intention of the framers of the Constitution and the Elections Act that the demarcation of jurisdiction result in such persons being left without recourse and be driven away from the seat of justice?

The constriction of the court’s jurisdiction in this regard can only be justified where the Court has satisfied itself that indeed effective dispute resolution mechanisms do exist, they are at least prima facie effective, they are not unduly cumbersome and that they result in access to justice by providing an effective remedy.

On the other hand, some courts have ruled that the High Court has a residual power to adjudicate over pre-election issues where negligence on the part of the IEBC during nomination resulted in a breach of the Constitution or where there were pre-election issues which affected the integrity of the election. In Josiah Taraiya Kipelian Ole Kores v David Ole Nkedienye & 3 others, the court, addressing itself to the jurisdiction to adjudicate over pre-election issues, cited the decision in Diana Kethi Kilonzo & Another v Independent Electoral & BoundariesCommission (IEBC) & 10 Others where the Court stated:

Muchelule J. also appeared to support the latter position in William Odhiambo Oduol v Independent Electoral and Boundaries Commission & 2 Others where he held that in order to assess the effect the court had to evaluate the whole process of the election to determine how it affected the result and then assess the degree of the effect. The court thus held that what happens prior to actual voting could affect the integrity of the election and thus a court dealing with a challenge to that election could deal with issues prior to the voting.

The overlapping mandate provides room for forum shopping, with litigants filing matters simultaneously before the two bodies (PPDT and IEBC) with the aim of seeking the more favourable determination of their matters.

To facilitate clarity of jurisdiction between the two bodies in the run-up to the 2017 general elections, there was the signing of a Memorandum of Understanding between the IEBC and the PPDT. However, while such an MOU is laudable and welcome, jurisdiction must be granted by the law and not by the consent of the two institutions.

The timelines for resolving these disputes also poses an additional challenge to the efficacy of the mechanisms, which are often compounded by capacity constraints. In 2022, the IEBC gazetted the notice for party primaries which were to take one month. This period was said to include the time for resolving disputes arising from the nomination exercise. The date for nominations was fixed at 28th April 2022 and disputes arising out of party primaries are required to have been heard and determined before then. This thus gives the PPDT less than 3 weeks to determine these disputes.

While the orders of the PPDT are enforceable in the same manner as orders of a Magistrate’s Court, several challenges affected the enforcement of decisions issued by the Tribunal. Firstly, some of the remedies granted by the Tribunal are declaratory, making it difficult to assess compliance.

Secondly, where parties are directed to conduct fresh nominations, it is difficult to assess the extent to which they conduct the nominations as directed by the Tribunal. Given that time was of the essence, litigants had little time to go back to the Tribunal for enforcement.

There is urgent need to resolve the problems associated with party primaries to avert the current confusion. First, it is important to ensure that the decisions of the bodies resolving the pre-election disputes are enforced to promote their effectiveness.

Secondly, to avoid forum shopping, there should be an amendment to the Elections Act for the legislation to expressly require that party primary disputes be subject to Internal Dispute Resolution Mechanisms before lodging a complaint at the Tribunal, followed by an appeal to the High Court, which should determine the matter with finality to avoid a long-drawn appeal process that delays IEBC’s timelines. The Election Court should only consider aspects of pre-election disputes that affected the validity of an election such as qualifications to vie. 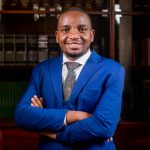 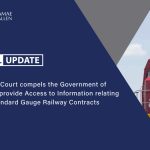 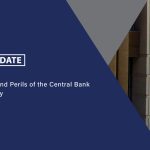 The Promises and Perils of the Central Bank Digital currency 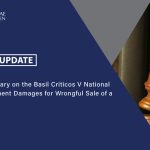 A Commentary on the Basil Criticos V National Bank Judgment Damages for Wrongful Sale of a Security. 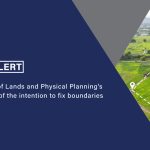 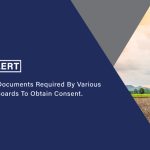 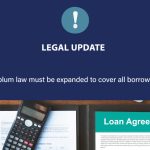 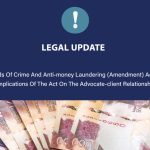