Dealing with property held by persons suffering from Mental Illness; A review of the Mental Health Act of Kenya 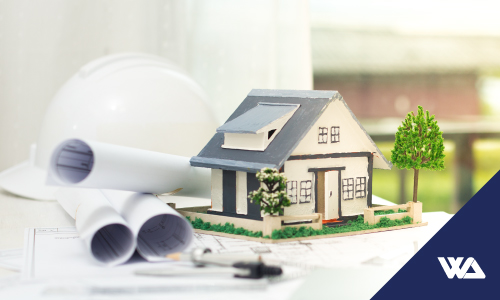 Many of our relatives or friends have fallen ill and, in many circumstances, they are unable to manage their estates. Some of these illnesses have caused mental disorder which in turn translates to a lack of legal capacity to contract on their own accord. Questions therefore abound on how to deal with property of persons in such a state of affair.

means a person who has been found to be so suffering under this Act and includes a person diagnosed as a psychopathic person with mental illness and person suffering from mental impairment due to alcohol or substance abuse.

Legal capacity is the attribute of a person who can acquire new rights, or transfer rights, or assume duties, according to the mere dictates of his own will, as manifested in juristic acts, without any restraint or hindrance arising from his status or legal condition. This means that a person has sufficient knowledge and understanding necessary to commit to a legal contract or take legal action on his or her own behalf.

Where a person lacks legal capacity in dealing with their estates, their estates may be wasted and/or may be prone to grabbing.

Section 26 (1) of The Mental Health Act provides that a court can make an order for the management of any estate of a person suffering from mental disorder and also guardianship for such a person by any near relative or any other suitable person.

‘’Whereupon inquiry it is found that the person to whom the inquiry relates is suffering from mental disorder to such an extent as to be incapable of managing his affairs, but that he is capable of managing himself and is not dangerous to himself or to others or likely to act in a manner offensive to public decency, the court may make such orders as it may think fit for the management of the estate of such person, including proper provision for his maintenance and for the maintenance of such members of his family as are dependent upon him for maintenance, but need not, in such case, make any order as to the custody of the person suffering from mental disorder.”

Procedure for appointment as a manager or guardian

Under Section 28 of the Act, where an alleged mentally challenged person owns a property, any of his relatives or other suitable persons may come forward with an application by way of a petition for the declaration that such a person suffers mental disorder and, pray for appointment of a guardian to manage his or her property.

A medical report evidencing the medical condition of the alleged mentally person should also be attached to the application.

Powers of the manager appointed

Duties of the Manager.

The Act further imposes various duties on the Manager so appointed. These include:

(4) For the purposes of this Act and the Penal Code (Cap. 63), a manager shall be deemed to be a trustee under any other law for the time being in force.

This provision of the law therefore creates a trust relationship between the petitioners and the patient and thus the property vested in them can only be held on behalf of and for the benefit of the cestui que trust who in this case is the patient.

Under Section 34 of the Act, the court may on any sufficient grounds remove any person appointed as manager or guardian and appoint any other person as it deems fit.

Please note that in foreign jurisdictions a relative can apply to court for removal of a manager citing failure on the manager to account for monies received by him.

The powers of a Manager so appointed may be terminated where the court makes a finding that a person who was suffering from mental disorder has since recovered and hence there is no need for a manager. Under Section 35(1) of the Act, any manager removed by the court is bound to deliver a schedule and account in the prescribed form of all property of the mentally ill person to the new manager appointed by the court. The accounts so provided are only deemed correct after approval by the Public Trustee.

Therefore, in as much as the Mental Health Act does not provide for proper guidelines for adoption by the court in adjudging someone mentally ill, this a faster avenue to ensure that property is well managed and there is no wastage. However, the Act needs to be amended to address the discriminatory aspects espoused above and provide for an avenue where the subject may present his evidence and be served with the Petition.

If you have any query regarding the same, please do not hesitate to contact Ambrose Waigwa or Virginiah Nduta. Note that this alert is meant for general information only and should not be relied upon without seeking specific subject matter legal advice.