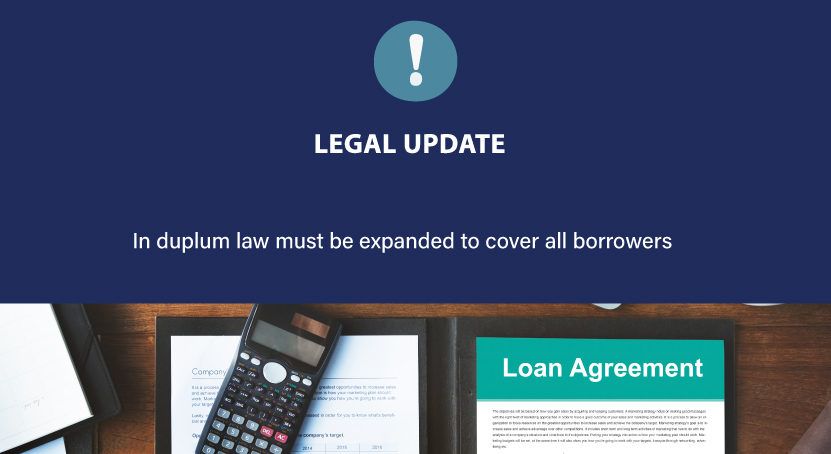 Creditors love defaulting borrowers; they are the best source of profits. A borrower takes a KES 21 million loan which, having failed to service, balloons to the sum of KES 103 million by the time the creditor initiates recovery. However, in respect of banks, effective 1st May 2007, the in duplum rule through Section 44A of the Banking Act protected borrowers from exorbitant interest accumulations on loan facilities. Simply put, the in duplum rule limits the amount recoverable by a bank on a defaulted facility to the principal owing when the loan became non-performing plus contractual interest not exceeding the principal owing when the loan becomes non-performing plus recovery expenses i.e. Principal + Interest + Expenses = 2*Principal + Expenses.

This rule provided much needed reprieve for bank creditors in eliminating exploitation by ensuring banks were motivated to recover debts owed at the earliest and were limited in how much they could recover. For context purposes, it is important to remember that prior to the rule becoming Kenyan law, the situation was so dire, one judge seized of what he felt was unconscionable exploitation unsuccessfully attempted to reduce a KES 21 million loan that had accrued to KES 103 million to KES 30 million. The writer is involved in a case where his client who borrowed Kshs. 22 million from a bank more than 20 years ago is faced with a debt of Kshs. 1.6 billion.

While bank borrowers have found reprieve, the majority of borrowers are still suffering under oppressive and exploitative credit arrangements daily. As per the 2016 finances Household Survey conducted by the Kenya National Bureau of Statistics, Central Bank of Kenya and FSD Kenya, Mobile Financial Services (MFS), informal financial services, and insurance financial services, accounted for an average of, 70%, 41%, and 23% of financial services used by Kenyans. This is comparable to 39% of Kenyans who access financial services from banks.

In recent years we’ve seen an exponential growth in the number of mobile money lenders with such services as Tala, Branch, M-Shwari, KCB M-Pesa, just to name a few coming into the mobile finance space.

While the growth of mobile lending and informal financial services is commendable, the facilities offered have interest rates as high as 15% per month. This translates into an effective rate of 600% per annum, meaning a KES 10,000 loan could accumulate arrears in the space of a year totalling to KES 70,000 on simple interest!

Good laws balance public interests with commercial interest equitably to ensure that though the freedom to contract that underpins a capitalist society is respected, it is not at the expense of the populace. It is for this reason that the author petitioned Parliament to consider enacting amendments to the Consumer Protection Act to expand the scope of the in duplum rule to all credit arrangements, be they formal or informal, oral or written, and with individuals or organizations. [See a copy of the Letter forwarding the Petition to the National Assembly for consideration here]

The proposed amendments would apply the in duplum rule guided by the following principles. Firstly, they would limit recovery to the principal debt owing at default plus interest and expenses. Secondly, they would limit the interest and expenses recoverable to the principal owing at default i.e. Principal + (interest + expenses) = 2*Principal. Thirdly, interest would automatically stop accruing once it is equivalent to the unpaid principal on the facility. Fourthly, any payments made after default would first be applied to the accrued interest arrears before the principal. Lastly, interest accrued on a facility would not lose its character as interest through recapitalization. The import of the last principle is to ensure that the principal owing is not increased through recapitalization of the interest accrued.

The above principles mirror those successfully enacted and implemented in South Africa through their National Credit Act of 2005. It is imperative that the National Assembly do consider and enact these amendments so as to ensure all creditors and borrowers are protected under the law. Further, the situation presently obtaining is inequitable as only banks are limited in their recovery by the in duplum rule. Equity must apply to all.

Lastly, in similar fashion with Section 44A of the Banking Act, these amendments should be made retrospective in effect. Ordinarily, retrospective application of the law is inequitable as it requires compliance with laws that were neither in existence nor contemplated at the time of contracting. However, the Banking Act had an elegant solution to this issue, being the recapitalization of the accrued interest as at the date of coming into force of Section 44A. This effectively capped the principal recoverable and consequently the interest that could accrue on such a facility.

The amendments shall enhance consumer protection as enshrined in our constitution by creating safeguards for all borrowers while ensuring that the entrepreneurial spirit that underpins our economy is protected.

This article is provided free of charge for information purposes only; it does not constitute legal advice and should be relied on as such. No responsibility for the accuracy and/or correctness of the information and commentary as set in the article should be held without seeking specific legal advice on the subject matter. If you have any query regarding the same, please do not hesitate to contact Allen Gichuhi Waiyaki vide allen@wamaeallen.com . 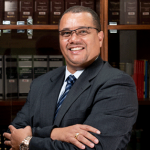