Legal Framework for Public Participation in Kenya
Article 1 of the Constitution provides that all sovereign power belongs to the people of Kenya who shall exercise it directly or through their democratically elected representatives. Under Article 10(2), the national values and principles of governance include public participation.
The state is under an obligation to encourage public participation in the management, protection and conservation of the environment under Article 69 (1) (d). Article 118, on the other hand requires Parliament to facilitate public participation and involvement in the legislative and other business of Parliament and its committees. The objects of devolution under Article 174 (c) include to give powers of self-governance to the people and enhance the participation of the people in the exercise of the powers of the State and in making decisions affecting them among others. Article 184 (1) (c) obligates Parliament to enact legislation which shall provide for the governance and management of urban areas and cities, and shall in particular, provide for participation by residents in the governance of urban areas and cities.
Article 196 (1) (b) requires county assemblies to facilitate public participation and involvement in the legislative and other business of the assembly and its committees. Further, public participation is among the principles of public finance under Article 201 (a). Article 232 provides for the values and principles of public service. Among the principles is the involvement of the public in the policy making process.

The court in the Al Ghurair case cited with approval the case of Minister of Health v New Clicks South Africa (Pty) Ltd in which the South African Constitutional Court stated as follows:
“What matters is that at the end of the day a reasonable opportunity is offered to members of the public and all interested parties to know about the issue and to have an adequate say. What amounts to a reasonable opportunity will depend on the circumstances of each case.”

Those most affected by the action or decision must have a bigger say in that policy and their views must be sought and taken into account. Fifth, the right to public participation does not impose a duty to the agency to accept the views given as dispositive. However, the court in the Robert Gakuru case cautioned that to contend that public views ought not to count at all in decision-making would be to negate the spirit of the Constitution. Lastly, public participation is meant to enrich the views of office holders with views of those most affected by a policy or decision at hand. It is not meant to usurp the democratic role of the office holders.

The court in refusing IEBC’s argument that it was not bound to facilitate public participation because there is no law or framework setting out the manner in which public participation would be achieved stated that:
“The enforceability of the constitutional provisions does not depend on whether or not Parliament has enacted a facilitative legislation, guidelines or framework. We hold the view that the national values and principles of governance enunciated in Article 10 of the Constitution are themselves justiciable whether or not there is a facilitative legislation, guidelines or framework.…It is therefore our view and we hold that the absence of a facilitative legislation, guidelines or legislative framework on public participation in public procurement processes does not bar us from enforcing the national values and principles of governance in Article 10 of the Constitution. Neither does it absolve the IEBC from adhering to those national values and principles.”

If you have any query regarding the same, please do not hesitate to contact Leah Muhia at leah@wamaeallen.com. Note that this alert is meant for general information only and should not be relied upon without seeking specific subject matter legal advice. 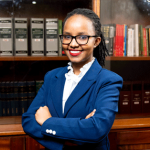 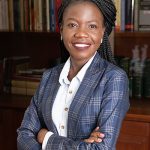